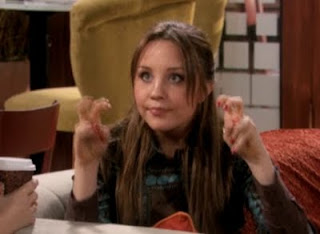 This week, my thirteen-year-old daughter and I are enjoying a shiksa mitzvah cruise (her consolation prize for being born a gentile).

Since spending any time at the Internet café on the ship costs as much as our oceanview cabin for the week, I’ve decided not to write any new posts while we’re away.

Instead, I’m relying on some wonderful wisdom from some extraordinary wits.

"Mother Nature is providential. She gives us twelve years to develop a love for our children before turning them into teenagers." … William Galvin

"The young always have the same problem — how to rebel and conform at the same time. They have now solved this by defying their parents and copying one another." … Quentin Crisp

"Don't laugh at a youth for his affectations; he is only trying on one face after another to find a face of his own." … Logan Pearsall Smith

"If you want to recapture your youth, just cut off his allowance." … Al Bernstein

"In order to know whether a human being is young or old, offer it food of different kinds at short intervals. If young, it will eat anything at any hour of the day or night." … Oliver Wendell Holmes

"Too many of today's children have straight teeth and crooked morals." … High School Principal

"Adolescence is a period of rapid changes. Between the ages of 12 and 17, for example, a parent ages as much as 20 years." … Unknown

"There isn't a child who hasn't gone out into the brave new world who eventually doesn't return to the old homestead carrying a bundle of dirty clothes." … Art Buchwald

"I have seen my kid struggle into the kitchen in the morning with outfits that need only one accessory: an empty gin bottle." … Erma Bombeck

"You don't have to suffer to be a poet. Adolescence is enough suffering for anyone." … John Ciardi

"I tell my child, if I seem obsessed to always know where you've been, it is because my DNA will be found at the scene." … Robert Brault

"At fourteen you don't need sickness or death for tragedy." … Jessamyn West

"Adolescents are not monsters. They are just people trying to learn how to make it among the adults in the world, who are probably not so sure themselves." … Virginia Satir

"The troubles of adolescence eventually all go away — it's just like a really long, bad cold." … Dawn Ruelas

"I never expected to see the day when girls would get sunburned in the places they do now." … Will Rogers

Posted by Alexandra MacAaron at 10:35 AM