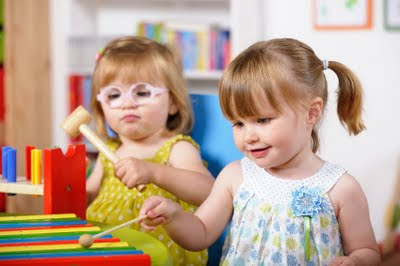 Like everything else in life, summer camp has its pro's and con's. Camp is a fine time to meet new friends — and, indeed, my tween daughter returned from three weeks at an equestrian eventing facility in Vermont with about a dozen new BFFs. Unfortunately, though, when you head off in search of summertime adventures, you often leave behind people you love. I'm not talking about her devoted parents, mind you; I'm talking about her local besties.

Through a serious lack of coordination on the part of two harried mothers, my daughter and her best friend were scheduled for camp sessions that left no time together for a full six weeks. Literally, the day that we brought our daughter home was the same day that the other family took their daughter away.

As you can imagine, their reunion at the end of the successive camp sessions was rather emotional. Despite letters back and forth over the weeks, there was so much to cover. Who had they met? What had they done? Which camp had the best counselors? Which had the worst food? For the record, my daughter swears it was hers.

The two girls, armed with heaping baskets of microwave popcorn and orange sodas, happily headed to my daughter's room to catch up. I had some work to do and quickly forgot about them.

About an hour later, I went downstairs for an iced coffee and figured I should look in. The two girls were sprawled on the floor with their cell phones, browsing, texting, playing music, playing games. Two tweens with smart phones can pretty much do whatever they like. What they weren't doing was talking to each other.

"Fine," they answered in unison.

"Do you need anything?"

They didn't miss a beat and they didn't look up from their phones. Obviously it had taken less than an hour to make up for several weeks apart. They seemed happy; they certainly weren't fighting. They were just alone, together.

I was reminded of my daughter's toddler days and some of our first "playdates." Typically, we would schedule time with another mother and child at our house or theirs. The moms would plunk the kids down next to each other with an assortment of toys or books or blocks. The moms would then sip coffee and compare notes, while the two children played — but not with each other. Like the two tweens up in my daughter's room, they were alone, together.

This isn't the first time I've seen a parallel between my daughter as tween and my daughter as toddler. There's the issue of her relentless quest for independence. There's the parental pressure to say "No," and mean it. And, there's the necessity of childproofing the house. Of course, I don't have to cover electrical outlets anymore, but the middle school and our local police chief suggest keeping alcohol and prescription medicine out of reach. And, there are definitely private parts of my life that I want to keep ... well ... private.

The emotional swings are very similar to those we experienced a decade ago. The highs are really high. The lows are godawful low. My daughter's growth and development — and my wonder as I watch — are just as astounding.

So, what of the two tweens coexisting without communicating? On the one hand, it bothered me. On the other, they were perfectly happy. And, their interaction (or lack thereof) wasn't all that different from the behavior I see everyday from every adult in every Starbucks.

So, I quietly closed the door. I decided to leave them alone. Together.

Posted by Alexandra MacAaron at 8:26 AM