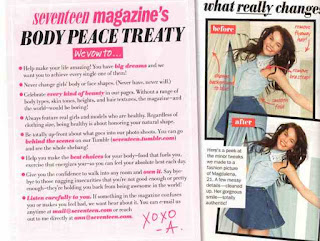 When I started in the advertising industry — oh, about a million years ago — we hired a group of professionals called "retouchers." One of my jobs as Junior Copywriter (and all-around agency go-fer) was to drop off film that needed to be cleaned up or enhanced. I would leave the agency, in my suit and pumps and silk tie (really), and walk downtown to a little hole-in-the-wall office filled with these talented individuals. They worked in semi-darkness, editing photography by hand on a light board while they chain-smoked.


All right, I confess I may have exaggerated a bit about the timing. But, there are several clues in the above paragraph which will place my story firmly in the last millenium. Let's see ... there's my wardrobe (yikes!), the fact that I hand-delivered ad material (no email, folks), and the amount of tobacco being consumed on the job.


Most of all, the fact that we relied on this particular group of craftsmen (and less so, women) to make our photography just so. I watched, fascinated, as a reflection was taken out (or added in), as a stray hair miraculously disappeared or as a crisp white cigarette, complete with a wisp of smoke, was placed in a model's posed but empty fingers.


Everything changed when ad agency art directors migrated to computers. Retouching, along with typesetting, is now done right on the desktop. Entire subsets of the advertising design community have disappeared.


And, my teenage daughter can edit a photo on her MacBook faster and probably more believably than those highly skilled people I met years ago.


The fashion industry has always presented idealized images of women's bodies — whether this was accomplished by models who starved themselves, old-fashioned retouching, or today's digital options. If anything, though, I think modern technology has made the situation more extreme. It is simply too easy to nip and tuck a waist, enlarge a bosom, remove any trace of a wrinkle, bulge or blemish.


Even for non-models, it's tempting to make aesthetic adjustments. A coworker once asked one of my art directors to change her hair on a headshot so she wouldn't "look like a tomato." Um, okay.


Wanting to look your best is one thing. But, this becomes problematic when our tween and teen daughters are bombarded by images of impossibly thin, impossibly curvy and impossibly perfect girls. The media's obsession with these models-turned-avatars leads to body image issues and eating disorders.


I always say that once you're a mother, you are everyone's mother. So, I take great pride in a fourteen-year-old girl and her friends who have recently stood up to the media and demanded that the practice of altering models' bodies stop. Young Julia Bluhm created an online protest movement through Change.org, targeting Seventeen magazine and its practice of using Photoshop to make its teen models skinnier and sexier. After collecting more than 80,000 signatures and being picked up by the major news media, Bluhm and her friends have achieved some success. Seventeen has agreed to a "Body Peace Treaty." They will significantly reduce the instances of editing models' bodies and faces, and they will post un-altered photos on their Tumblr blog so readers can examine any changes for themselves.


Not an unequivocal victory, but a very major step — driven by a young teenager. Bravo!!!


Bluhm's work is impressive (no wonder I'm so proud of her!), but her message needs to be reinforced continually. This is a great opportunity for moms (and dads) to talk to their own teens about the media and fashion industries and the affect they have on how we think about our bodies and faces and selves.


The truth is (and it's a truth we need to point out to the impressionable readers of these magazines), no one actually looks like the pictures we see. Human skin is not that flawless. Boobs are not that big. Waists are not that small. These, granted gorgeous, girls have all been technologically improved. Like The Six-Million Dollar Man, the fashion industry has made them "better than they are."


A very cool quote from a former supermodel (who would, shockingly enough, be too big to make it on the runway today):


What a wonderful world it would be, if all women (tweens, teens and even middle-aged moms) could make peace with their bodies.


Thank you, Julia, for this important first step. You go, girl!
Posted by Alexandra MacAaron at 8:22 AM