The Course of True Love Never Did Run Smooth 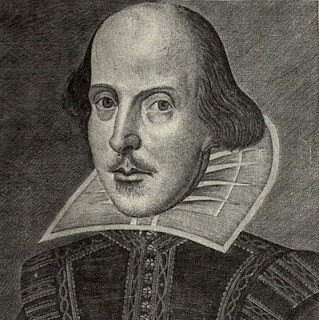 When you were once a drama major (and are currently at a loss for words), you can always count on the Bard.

As far as I know, William Shakespeare wasn’t actively parenting a tween when he wrote his magnificent sonnets. His poor son, Hamnet, died of the Bubonic plague at age eleven. And, although his daughters Susanna and Judith reached adulthood (presumably angsting through their tween and teen years on the way there), we can only assume that Shakespeare avoided most of the … well, drama. The playwright lived and worked in London while the girls were raised by their mother Anne in Stratford.

Yet, I can’t help but relate — as the mother of a tween — to these famous lines from Sonnet 116:

… Love is not love

Which alters when it alteration finds,

Or bends with the remover to remove:

O no! it is an ever-fixed mark

That looks on tempests and is never shaken …

My daughter is much altered from that sweet and tiny baby I brought home from the Salem Hospital “Birthplace” more than thirteen years ago. She doesn’t sleep as much. She doesn’t cry as much. She has a much larger vocabulary and significantly more hair.

I have alteration found. But, my love has not altered.

“You’re still my baby,” I tease her. But, when I look at her, I don’t see a baby. I see a brave young woman who still enjoys being silly, even as she negotiates this oh-so-serious thing called adulthood. I admire her determination when she’s trying to prove herself at a new school. I envy her courage when she competes in a cross-country riding event. I take pride in the kindness and generosity she shows her friends, and even shows her mother once-in-a-while.

Of course, there are many other times when she’s my own “dark lady.” Mysterious, moody, utterly impossible to get through to. She can be a veritable “tempest” ripping through our house, pulling us along in the wake of her stormy passion. I am often (too often) shaken. Despite my best intentions, despite more than 10 years of yoga classes, I lose my cool. My voice rises to match hers. And guess what? I’m bigger, I’m older, and I can be louder.

But after all the histrionics, when the smoke has cleared, my love has not altered.

Perhaps this is why my daughter rolls her eyes so much these days. What could be more ridiculous than someone who positively dotes on you no matter how poorly you treat them?

Oh doormat, thy name is mother!

I studied an awful lot of Shakespeare in my day and I could go on and on. But, right now I have to go do battle with my daughter over why her iTunes are too loud, why her room is too messy, and why a bowl of unbaked cookie dough is not an acceptable homework snack.

Once more unto the breach, dear friends, once more.

Posted by Alexandra MacAaron at 2:30 AM