There But For The Grace Of God Lies Your Daughter 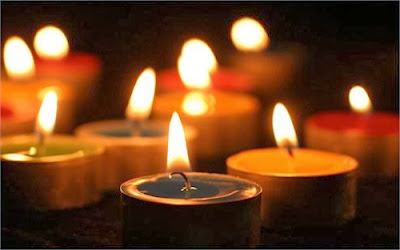 In my life, yesterday was a regular day, a blessedly regular day. As per usual, I was overcommitted (overtired). I worked all day: writing ad copy, ordering promotional items for one client, brainstorming a new campaign for another. At 2:45, I rushed out to pick my teenage daughter up at her high school and drive her to an eye doctor appointment. From there, we hurried home so she could change and I could get through ten extra minutes of work emails. Then, I loaded up my laptop and some folders and we raced off to the stable. My daughter rode her horse for an hour while I took advantage of the WiFi at a neighboring Dunkin' Donuts. Along the way, I lost a hat and downed a large decaf hazelnut.

Just another day for you and me in paradise.

On the drive back home, my daughter was all over her phone, checking Facebook, Instagram, Tumblr, etc. etc. Again, this was business as usual. Then, she looked up.

"In one of the shootings. In Colorado."

Let's stop for a moment and look at just how much impossible content passed between us in those sixteen seconds. Vershire is a lovely little town in Vermont, where my daughter and a hundred or so likeminded young equestriennes attended summer camp. One of these girls had been shot. In "one of the shootings." It's obscene (yes, that's the word I want: offensive and disgusting) that the phrase "one of the shootings" even comes out of my daughter's mouth. "One of" because there has been more than one. "One of" because there have been so many, we are losing track.

"Are you sure that's true?" I asked, doubtfully, hopefully.

She proceeded to tell me that the victim, Claire Davis, went to the Vermont riding camp the year before she did. Now, this 17-year old is in a coma. She is in critical condition with severe trauma from a point-blank gunshot to her head. She happened to be in her high school's hallway when the school shooter (a phrase that's becoming horrifyingly familiar) was headed to the library.

There are too few degrees of separation between Claire and my daughter. There are no words that can begin to penetrate this darkness.

We send our most sacred possessions to schools each day. Schools should be the safest places in our country. They are fast becoming shooting galleries. For the crazed, gun-toting psychopath, a school is now the equivalent of picking off fish in a barrel. And, those trapped, helpless fish are our children.

After Newtown, parents and politicos spoke out about gun control. A year later, it is even easier to get a gun than it was then. What the hell? According to The New York Times, we lose the same number of lives lost in Newtown to gun violence every eight hours. The United States owns more guns per resident than any other nation in the world. And, whether it's in an elementary school or a home, children between the ages of five and fourteen in the U.S. are more likely to die from a gunshot than children in other so-called developed countries. Eleven times more likely. Eleven. Times.

Who will fix this? Not the Republicans. Not the Democrats. Maybe it will be the mothers. I just googled "Mothers Against Guns" and pulled up more than two million hits. I'm joining one of those organizations today.

Personally, as a mother, as a woman, as a human being, I'm against all guns. But, you want to go out and shoot a deer (and then, for heaven's sake, you might as well eat the poor thing), go for it. I'm not talking about hunting. I'm not talking about our founding fathers who had to protect their right to own muskets while the colonies were occupied by an armed army. I'm talking about weapons of mass destruction. Would you fight to allow people to walk around with bombs? How about pressure cookers with nails and broken glass inside?

How is it any consolation to the mother of a school shooting victim that her baby was killed with a legal semiautomatic weapon and not by an amateur terrorist with an Internet connection?

One of the Sandy Hook mothers created a powerful video, a tribute to her lovely little girl called "Evil Did Not Win." This woman is so brave and so good. I admire her ability to find love and even God in the aftermath of unspeakable evil. I hope she's right, that evil didn't win. But, I believe with all my heart that we have to build a stronger fortress between that evil and our children.

My daughter's school had a lock-down drill a week or so ago. As her principal suggested in his weekly email, we "debriefed" afterwards. "Was it weird?" I asked her, "Was it scary?" She rolled her eyes "It was just a drill."

I long for the day that our schools don't "prepare for the worst." When we can focus instead on preventing the worst. When phrases like "school shooting" aren't so hauntingly familiar.

One more thought for those of you who still defend guns in the name of rights. Your right to bear arms? What about my right to bear a child, send her to school and not fear for her life?

#PrayForClaire. Pray for all our children.
Posted by Alexandra MacAaron at 4:55 AM