There's Got To Be A Morning After 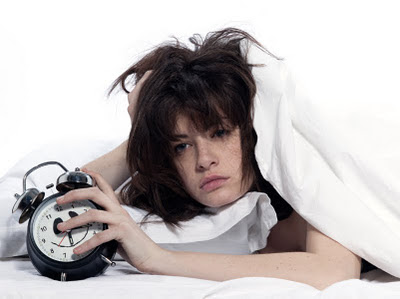 Before I had my daughter, I was absolutely, unequivocally a morning person. What better time to write, take a yoga class, make a sweet cup of coffee and sit quietly with a book? Even now, with my schedule revolving entirely around my tweenager, I still enjoy my mornings when I can. One of my favorite things about vacations or weekends away is sneaking out before anyone else is up. In New Orleans, I comb the French Quarter. In Florida, I stroll along the Gulf. In New York, I walk forty blocks north towards Columbia University and forty blocks back to my mother's apartment just to watch my hometown come to life.
Of course, everything is different when you're a mom.
They say, "Change is good." Well, mornings with a fourteen year old girl? Um, not so much.
There is the struggle — emotional, intellectual, sometimes physical — to pry the girl out of her bed. There are the seemingly endless negotiations ... "Two more minutes, Mom, just two more minutes." There's the need for constant nagging, for staying in the doorway even though you have dozens of things to do downstairs because you know with absolute certainty that if you walk away her head will be down on that pillow again faster than you can say ...
"You're gonna be late for school. Get up NOW."
We have an agreement that my daughter has to do a handful (a tiny munchkin-sized handful) of chores each day before she leaves. She has to make her bed, put her pajamas away, hang her towels, tidy up her desk and dresser. Gasp! I know, I know, I am the Simon Legree of mothers. These dreaded chores, which, as you can imagine are performed with so much graciousness, are no longer an issue. Officially. In one of my rare acts of laying down a law and then actually sticking to my guns afterwards (mixed metaphor, but you get my point), I decreed that she was hereby forbidden to bitch and moan about them.
Did you ever notice how incredibly adept tweens are at non-verbal communication?
Whether it's her age or all the manual labor, her attitude in the morning is — shall we say — not her greatest asset. Sullen, impatient, resentful. At best, she tolerates me. At worst? Let's not go there. Between the time her feet touch the carpet until she heads out the kitchen door to walk to school, we enjoy thirty-five minutes of quality family time.
Not.
It could be worse. I read once that the Dalai Lama suggests meditating on those less fortunate than you in order to feel satisfied with your lot. In that spirit, I will now count down a list of things that would be less pleasant than a typical morning with my daughter.
Here goes:
10. A root canal ... with a holistic dentist who doesn't believe in novocaine
9. A three-hour dance recital in which your little ballerina is on stage for four minutes
8. Back-to-back episodes of Jerseylicious
7. The swine flu
6. Trying on a bikini ... in florescent light ... in February
5. Repeating trigonometry
4. Eating a grilled SPAM sandwich on white bread with mayo
3. Cleaning out a flooded basement
2. Trying to catch a miniature long-haired dachshund who has been skunked
And the number 1 thing that would be less pleasant?
1. Being fourteen again myself
There. I feel much better now. So, to all my readers ... "Good morning! Have a nice day."
Posted by Alexandra MacAaron at 4:28 AM