Love Hurts — But, It Shouldn't 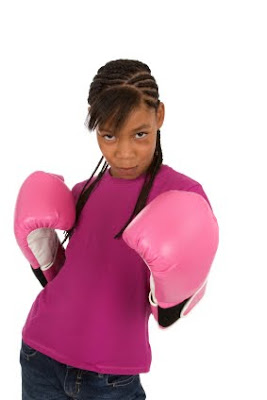 The Grammy Awards were particularly sad this year, with the news of Whitney Houston's untimely death coming just the day before the music industry's biggest celebration.
We were up in Vermont when we heard about it. One of the teenage boys in our ski house had booted up his laptop so we could watch some videos. "Whitney Houston died," he announced matter-of-factly as his browser came up. There were four adults in the house and we were stunned. We all thought about that beautiful young girl with the glorious voice first. And the troubled middle-aged woman she became second.
With very little time to prepare, the Grammys team pulled together a tribute that was perfect in its simplicity. Accompanied only by a piano, Jennifer Hudson came out and did a soulful version of Houston's most famous (and most heartbreaking) hit "I Will Always Love You." She seemed to choke up a little but made it through, knowing that she was singing for all of us. I was reminded of Elton John's courageous rendition of "Candle in the Wind" at Princess Diana's funeral nearly fifteen years ago. Both brought me to tears.
In hindsight, I'm troubled by an unspoken but pervasive theme that lay beneath the ceremony. For me, the loss of Whitney Houston and other gifted musicians is sad of course, but less disturbing than the fact that the entertainment industry (and society as consumers of that industry) turns a blind eye to violence against women. One might even argue that the industry glorifies it. As a feminist and a mother, I found it interesting that the music world was mourning the loss of a woman who was allegedly beaten and whose drug use (and most likely whose death itself) was the result of an abusive relationship with another musician. At the same time, the Grammys were celebrating the "come back" of Chris Brown, another musician accused of beating up his girlfriend, pop star Rihanna.
Am I overreacting? I don't think so. According to BuzzFeed, here's what girls were tweeting during Brown's Grammy performance Sunday night:
Everyone shut up about Chris brown being a woman beater... Shiiiittt he can beat me up all night if he wants
Chris Brown could serenade me and then punch me in the eye. I'm down for it.
Call me crazy buttttttttt I would let Chris Brown beat me up anyyyy day
ok not gonna lie i'd let chris brown beat the eff out of me
And my personal favorite:
Dude, Chris brown can punch me in the face as much as wants to, just as long as he kisses it ( :
The smiley emoticon is a nice touch, don't you think? My God, what is wrong with these girls?!?
Here's what's wrong. They listen to lyrics that glorify the fusion of sex and pain. They are surrounded by media that objectify women's bodies. They are citizens of a country in which women's health and reproductive rights are being threatened.
Violence against women is marginalized by the very language with which it is defined. With its added modifier, "domestic violence" becomes a less serious form of "violence." It's ASSAULT, people. Whether a person was in a relationship with their assailant before getting a fist in the face is immaterial! It is VIOLENCE.
The same is true with the phrase "date rape." Is a rape somehow less horrific because a woman knows and perhaps had dinner with her rapist? I would argue that psychologically a rape committed by someone with whom a person was building trust would be more traumatic not less. Regardless, and I repeat, it is ASSAULT. It is VIOLENCE.
And, what about Rihanna? Because she herself was the victim of violence, her song "S&M" is irresponsible and offensive. I thought about using a picture of Rihanna's bruised face for this post. (It probably would have meant more readers.) But, I decided to use a photo of a girl who looks like she wants to fight back.
Men need to stop hitting. Women need to defend their sisters — through words, legal action, or in the case of celebrities like Rihanna, through the media and their fan base. The entertainment industry needs to take a stand. The judicial system needs to draft and enforce stricter laws. Mothers need to teach our daughters that if he hits you, he does not love you. Period. Real love does not hurt in that way.
I hope we will someday see violence against women taken seriously. I hope we will someday all agree to a zero tolerance policy where violence against women is concerned. No matter who is involved or how many records he can sell.
But, we are not there yet. In fact, this morning I heard that Rihanna and Chris Brown are collaborating on a song together.
Maybe they should do a cover of Britney Spears' "Hit Me Baby, One More Time."
Posted by Alexandra MacAaron at 5:46 AM