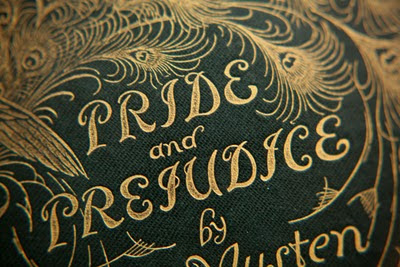 Jane Austen. Charles Dickens. Charlotte and Emily Brontë.
Their very names conjure images of sweeping moors, great manor houses, high teas and high waisted dresses. These are a few of my favorite authors. These are authors whose classic works my daughter will someday read. If, that is, they are assigned as required reading by a teacher.
She's certainly not going to do it to please me.
I was always a reader. My daughter, despite being quick to point out "I'm not you, Mo-o-om!", is also a reader. (That is, she's a reader when she doesn't have access to her laptop, her cell phone or the television.)
When she was little, I faithfully read her all the Madeline books, Winnie the Pooh, The Lonely Doll, and Little Bear. And, she has beautiful editions of Peter Pan, Heidi, and Little Women. These are in pristine condition. They are in pristine condition because she hasn't even opened them. Her tastes, clearly lie elsewhere.
(We did try the Laura Ingalls Wilder Little House books, but in the very first chapter of the very first book, Pa slaughters and butchers a pig. We were done.)
My daughter never succumbed to the literary phenomenon that was Harry Potter, but she's loyal to a number of other young adult series. She read every Saddle Club book, then moved on to Canterwood Crest. Right now, she's wrapped up in three different serials: Gossip Girl, Pretty Little Liars and The Lying Game. (Although I haven't had the time — or, let's face it, the stomach — to read any of these myself, I can only imagine from their titles that they celebrate some pretty poor behavior.)
A couple of years ago, my daughter begged me to read the Twilight books. I scoffed at the idea until my best friend encouraged me to go ahead and try them, reminding me "You want her to read your recommendations, right?"
(My thirty-second review? Let's see ... between the damsel in perpetual distress, the sexy yet sex-less vampire and the thinly veiled pro life plot, the books are not exactly a feminist manifesto. I read all four volumes in one week at a Mexican resort. That's seven days I'll never get back.)
Recently, I was thrilled to find a tattered Yearling paperback of Calico Captive at a restaurant and used bookstore in Connecticut. (An extremely cool place right on Route 84. When you buy a meal there, you get to take a free book!) It was one of my favorite books in junior high and I couldn't wait to share it with my daughter. The story follows the adventure of a New England settler and her family who were abducted by Indians and sold to the French in Canada. Um, suffice it to say the enthusiasm was mine and mine alone. She did, finally, finish it after much protest, and grudgingly asserted, "It was okay."
This summer, she'll have to make it through David Copperfield, required reading for ninth grade Honors English. It promises to be a very long summer. I have forbidden my husband, on pain of death, to so much as mention the concept of Cliff Notes.
Meanwhile, my daughter just devoured a book recommended by her current English teacher. The assignment was to read an award-winner and I had suggested The Summer of My German Soldier. Classic, right? I expected the teacher to applaud my choice. Instead, she took one look and said, "That looks awful. I'll find something better for you." And, indeed, my daughter absolutely loved the alternative title: The Perks of Being A Wallflower.
"Well," I sighed, resignedly, "I guess you're just my contemporary fiction reader."
"What's that supposed to mean?" she demanded.
"It just means you prefer contemporary books."
She rolled her eyes. "Contemporary?" she snorted, "It's set in the 90s!"
Posted by Alexandra MacAaron at 5:35 AM