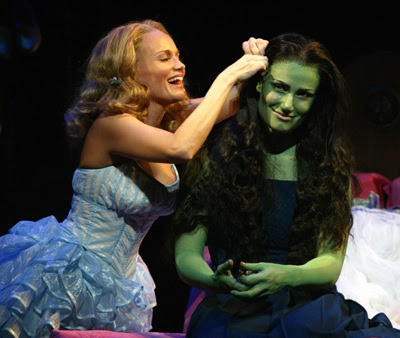 My best friend's son was a savvy young man. He once told her, "Mom, I'm not popular." Before she had a chance to object (as any good mother would), he added, "I don't want to be popular. It's too much pressure."
In middle school, it's all about being popular. And, unfortunately, there's no magic pill, no silver bullet, that you can rely on. Two girls can be equally pretty, equally bright, equally athletic. They can both wear the de rigueur uniform of the trendy tween: Ugg boots, North Face "Denali" jacket, Hollister skinny jeans, Abercrombie logo tee. On paper or in a class photo, these girls are identical. And yet, one will get a seat at the popular table and the other?
Not so much.
I wonder, at times, if there's some unspoken, invisible charisma that floats around the really popular kids. In some cases, it seems to be a sense of entitlement and arrogance that gets them what they want. I'm usually pretty amazed to meet the stars of the school. They never seem like "all that" to me.
Regardless, the kids (and it seems like girls are more aware of this pecking order than boys are) understand the social strata and know exactly where they belong. Any common sense a concerned mother tries to talk into her allegedly "un-popular" daughter falls on deaf ears.
"Why would you want to hang out with cheerleaders?" I ask, wrinkling my nose.
"You don't get it," is the answer. The answer, I should mention, is the answer per usual.
No, I don't get it. Are we in the movie Grease? Is this 1958? Why would smart, talented young women want to dress up like Barbie dolls and cheer for anyone other than themselves? Cheer for boys?!?! I do not get it.
"You've known so-and-so and whats-her-name since preschool," I continue. "Why don't you just go and sit with them next time?"
Her answer? You guessed it. "You don't get it."
"Honey," I take a last stab at this, "If whosit doesn't know enough to think you're cool and treat you nicely, why would you even want to hang out with her?"
And, yes, consistency is a wondrous thing ... "You don't get it."
The thing is, my daughter isn't sitting alone at lunch with a sad little tuna sandwich and a nerdy book. She has a table full of friends, boys and girls, who seem to have a grand time together every day. She has people to go to Starbucks with, girlfriends who sleep over, chums at the stable, buddies from camp. In fact, if her texting, IM'ing and Facebook messaging were used as a measure, my daughter's popularity would be off the charts.
And yet, she'll insist that she is "not popular." (And, right afterwards, she'll insist "You don't get it.")
It's hard sometimes to take her woes seriously. But, all I have to do is remember my own junior high melodramas and I can relate at least a little bit. I keep telling her that high school will be better. I hope I'm right.
One of our favorite songs from one of our favorite musicals is "Popular," performed by Kristin Chenoweth in the original cast of Stephen Schwartz's Wicked. When we saw the show together, about seven years ago, my daughter and I thought the song was hilarious. In fact, we bought a tee shirt that said "Popular" on it at intermission and she used to perform the entire number for us. Now, though, I think the lyrics are a lot smarter than I originally gave them credit for:
Popular!
You're gonna be popular!
I'll teach you the proper poise
When you talk to boys
Little ways to flirt and flounce (Ooh!)
I'll show you what shoes to wear
How to fix your hair
Everything that really counts
To be popular
I'll help you be popular!
You'll hang with the right cohorts
You'll be good at sports
Know the slang you've got to know
So let's start
'Cause you've got an awfully long way to go.
And, the "good witch" continues (she's making over the "wicked witch") ...
It's all about popular!
It's not about aptitude
It's the way you're viewed
So it's very shrewd to be
Very very popular
Like me!(Ahh!)
Stephen Schwartz may be a man in his 60s, but he must've spent some time in a middle school cafeteria. He has definitely tapped into the inner angst of an eighth grade girl.
And, I'm looking forward to laughing at those lyrics with my daughter again. Someday.
Posted by Alexandra MacAaron at 1:09 PM