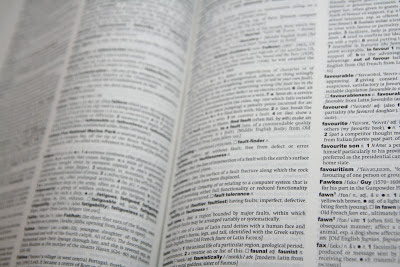 Did you know that Samuel Johnson published The Dictionary of the English Language in 1755?

Did you know that between the British variety (think Downton Abbey) and the American, there are 400 million people who speak English? (With all variations included, the number is closer to 1 billion.)

Did you know that there are an estimated 750,000 words in the English language? That's more than Spanish and German and French ... combined!

Well, don't feel bad. I will bet that my teenage daughter doesn't know any of that stuff either. Then again, she doesn't care. Because she and her friends are reworking the language to serve the combined and peculiar objectives of communicating as quickly as possible via text message and simultaneously stymying their parents.

Here are just a sampling of the words and phrases that you may hear these days — and that may not mean what you think they do.

"That's sick nasty!"
Despite what an older or literate person might suppose, this combination of negatives makes a positive. To describe something as "sick nasty" is to express great happiness with said article. It is the ultimate ultimate. It is cool. It is far-out. It is overwhelming and otherwise indescribably good. (This may also appear as sick-nasty or sicknasty. Ah, so many sick and/or nasty variations, so little time.)

"My bad"
This one actually means what one would assume it means. The speaker ("my") has done something wrong ("bad"). They are admitting that they are to blame. But, here's the usage rub. When a teen admits that something is "my bad," they typically do so with amusement. They shrug it off; they smile coyly. The subtext is "Yes, most certainly I am the party at fault here. But, I am fifteen and so much more attractive than you will ever be again. It doesn't really matter, does it?"

"Truth is ..."
Troll around the Facebook pages of teens and you will see a lot of this phrase. They value truth and feel compelled to state it almost as a duty to their generation. Yet, most of the time they choose to articulate "truth," it is to point out something that's difficult to hear or "awk-ward."

"Truth is, she shouldn't wear those jeans."

"Truth is, my parents make me insane."

As Oscar Wilde (a man with an extreme appreciation for the idosyncrasies of the English language) once observed, "The truth is rarely pure and never simple."

Clearly, I have just scratched the surface. Please feel free to post any delightful words or phrases you've overheard from your own teenage linguists and I'll put together a part two post.

Truth is, I'd love to hear from you.

Posted by Alexandra MacAaron at 10:41 AM