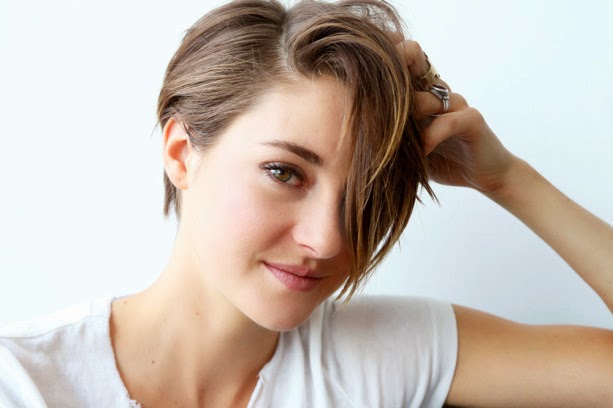 What do we want for our daughters?

I think most mothers of teens would agree that we want our daughters to be happy and smart and kind and successful. I think, if we're honest, we'd also say that we want them to be beautiful and lucky in love. (Despite our best efforts, that Disney-princess "happy ever after" thing is hard to get away from.)

In my case, I'd also add that I want my daughter to be a feminist. (I recently wrote an essay for Women's Voices for Change on that very subject.) Every time my daughter stands up for herself, notices an inequity or admires another woman for all the right reasons, my pride is palpable.

That's one reason I've been happy with some of the contemporary books she chooses to read. (Would I be happier if she reached for Jane Austen, Charlotte Brontë or Louis May Alcott? Well ... um ... YES. I may be a feminist mother but I was also an English major.) Today's popular YA (young adult) dystopian genre includes some fairly kick-ass heroines.

One of these is Tris from Veronica Roth's Divergent series. Even though she's a little too swoony when it comes to her hunky trainer Four, the girl is one tough cookie. Leaping from moving trains, climbing abandoned ferris wheels, hand-to-hand combat (with boys, no less!), this is not a girl who sits at home waiting for the phone to ring while her manicure dries.

When the movie version was released a few months ago, I was happy that Hollywood resisted the urge to take Tris and glam her up for the big screen. Sure, young star Shailene Woodley looks super sultry on the poster, but in the film itself, she is strong and seemingly make-up free. Both Divergent and its precursor The Hunger Games depict future societies in which women live and work (and, apparently, fight to the death) alongside men.

(And the fictional heroines aren't the only inspiration for our teens. Both bestselling novels were written by, you guessed it, women. You go, girls!)

You'd think all this girl power would rub off on the young actress lucky enough to star in Divergent. Earlier this month, TIME magazine asked Woodley if she was a feminist. But, her answer surprised me. Surprised and, frankly, disappointed.

"No because I love men, and I think the idea of ‘raise women to power, take the men away from the power’ is never going to work out because you need balance. With myself, I’m very in touch with my masculine side. And I’m 50 percent feminine and 50 percent masculine, same as I think a lot of us are. And I think that is important to note. And also I think that if men went down and women rose to power, that wouldn’t work either. We have to have a fine balance.


My biggest thing is really sisterhood more than feminism. I don’t know how we as women expect men to respect us because we don’t even seem to respect each other. There’s so much jealousy, so much comparison and envy. And “This girl did this to me and that girl did that to me.” And it’s just so silly and heartbreaking in a way."


So, according to Woodley, sisterhood and feminism have nothing to do with each other. Oh, and you can't be a feminist and love a man. (This will be unhappy news for my husband.)

Let's start with the F-word itself. Who better to turn to for an official definition than the movement's mother superior, Gloria Steinem?

"A feminist is anyone who recognizes the equality and full humanity of women and men."

Even without the last two words, Steinem doesn't say anything about taking away anybody's power. You would think the word "equality" would be inarguable.

What have feminists fought for? Freedom. Respect. True citizenship. Women's rights to make choices, to work outside the home, to be represented in government, to have access to healthcare.

Girlfriend, don't bite the hand that feeds you.

Shailene, the next time you vote or earn a half a million dollars for a movie (or speak your mind in a national magazine), thank your real sisters.

If you enjoyed this post, I invite you to order a copy of my new book Lovin' the Alien at www.lovinthealien.com.
Posted by Alexandra MacAaron at 2:59 AM