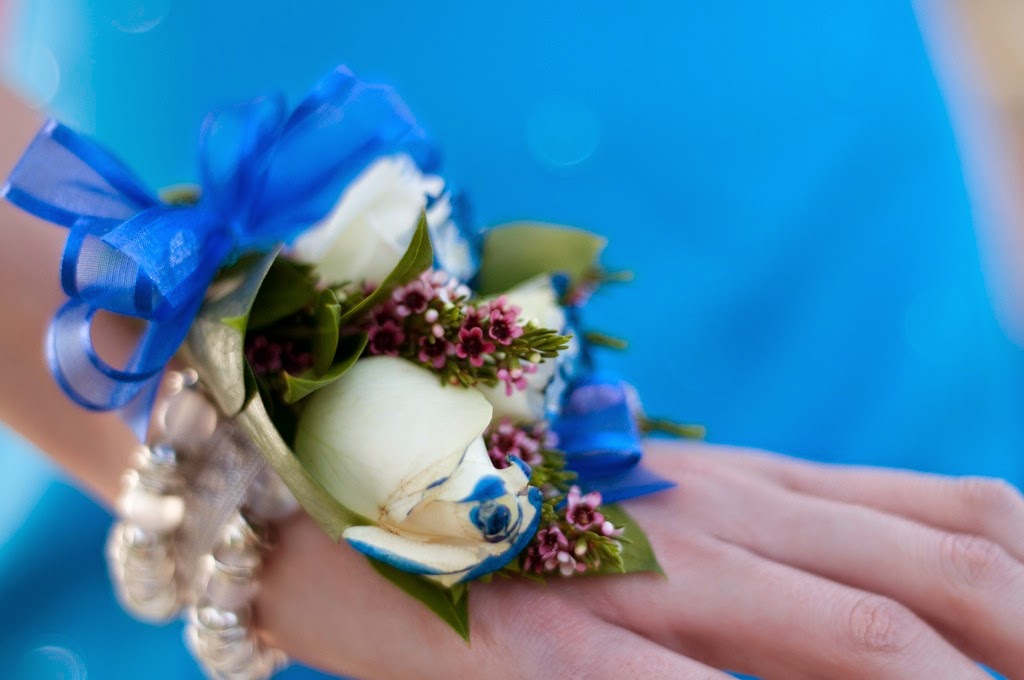 Junior Prom is just two months away, and I'm beginning to feel like my daughter is Cinderella. So does that make me her wicked stepmother? Or her fairy godmother?

She isn't sweating the whole date thing (she'll either go with a boy friend — not to be confused with a boyfriend — or with a group of girls). But, finding the right dress has been a bit of a challenge.

The first dress she liked was from an online store. Despite reservations from a couple of her besties when she shared screen grabs with them, she (we) decided to try it. We took her measurements and compared them carefully to the size chart on the website. There was no question; she was a Small.

When the dress arrived a few days later, there was no question; it was too small.

Actually, it looked gorgeous. It was a royal blue, off the shoulder with a beaded bodice. Stunning, really and (unlike some of the dresses we'd seen) age-appropriate. But, there were two teensy weensy problems. She couldn't breathe or lift her arms — both of which, she might want to do on the evening of the prom. So, we returned it and requested a Medium.

Another few days later, the alternate dress arrived. Suddenly, we felt like we had left Cinderella and were stuck in Goldilocks and the Three Bears. While the first dress was too small, the second was too big. To make it "just right," we would need to enlist the aid of a local tailor.

But, alas, my fairy tale princess seemed to have changed her mind. Even when I clipped it in the back so she could see how it would fit (when it actually did fit), she just didn't love it anymore. Back it went.

Note to self, and to other moms buying prom dresses. Free delivery is all well and good, but you may want to review the return policy carefully. The website was happy to take them back, but charged us a 10% "restocking fee," as well as return postage. All said and done, we were out about $50 and didn't have a dress to show for it.

Enter Prince Charming, in the guise of my husband. We had to run a family errand about an hour from home, and he did something quite extraordinary. (1) It occurred to him that a famous women's clothing discounter — one "Frugal Fannie's" — was fairly near where we were headed. And (2) he actually offered to take us there.

To put this in perspective, there are probably at least one hundred thousand things my husband would rather do than go shopping. Sitting through Wagner's Ring Cycle comes to mind. Or getting a root canal. Clearly, this was a case of his putting our daughter's needs ahead of his own. He was very much the hero of the hour.

Frugal Fannie's was mobbed. I immediately found a department called "Occasion Dresses," and my daughter and I browsed with determination. (Her father was staying in the car, thank you very much.) No luck. The gowns were fairly dowdy, more mother-of-the-bride than belle-of-the-ball. I found a sales associate and asked if there was another place we should look.

Sure enough, there was an entire "Prom" section. In short order, we found three potential frocks and headed to the vast communal dressing room.

The first dress was lovely — also royal blue, also off the shoulder, but a drapey silk, almost Grecian in shape. The second didn't fit right — not too small or too big, just not right. The third made "too much noise;" it was a silk taffeta and rustled unacceptably. The first went back on again. A few quick pictures, and we had gained approval from friends and father. Within fifteen minutes we were done.

On our way to the register, we found a silver clutch and a rhinestone brooch that would add just the right amount of bling. And, all of our loot was considerably less than the original dress(es). Once we got home, the princess tried the dress on again, this time with heels. We all agreed ...

So the tale of the prom dress had a happy ending ... with many thanks to her fairy godfather.

If you enjoyed this post, I invite you to order a copy of Lovin' the Alien at www.lovinthealien.com.
Posted by Alexandra MacAaron at 11:11 AM