Get Her to the Temple On Time 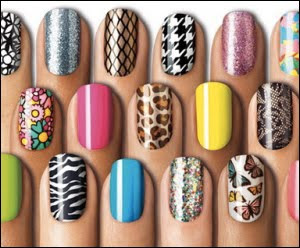 This morning, my tween daughter had to get ready to attend the bar mitzvah of one of her best friends.
As you know, a bar or bat mitzvah is a major event in the life of a Jewish boy or girl and his or her family. In our community, bar mitzvahs are major events for all thirteen-year olds, Jewish or non-. Bar mitzvahs give tweens a chance to party without their parents, and to try on who they want to be when they grow up. Girls who wear grubby tee shirts, jeans and sneakers to school every day suddenly put on too-short skirts and too-high heels. And girls and boys actually dance ... together!
This particular bar mitzvah had been anticipated for months.
As my daughter's designated alarm clock, hairdresser, makeup artist, fashion consultant and gift wrapper, I knew I would be busy. But, I thought I had it all under control. The bar mitzvah outfit was figured out in advance, we were carpooling with another family, and I had arranged to meet my friend for a late morning Zumba class instead of our usual earlier one.
What is it they say about the best laid plans?
We had agreed that my daughter would get up at 8:30 am, giving her a chance to catch up on some sleep, but still affording her an hour and 40 minutes to shower, dress, do her hair and makeup, and wrap her friend's gift before she was picked up for the drive to the temple. At the appointed time, I went in, my usual sunny morning self. (You know, the one that drives my daughter nuts.)
"Time to get up, sweetie." And it began ...
"Mo-om," came a groan from under the sheets, "I'm so-o-o-o-o-o tired."
"But, you have to get ready for the bar mitzvah," I reminded her.
"But, I'm so-o-o-o-o-o-o tired."
"You really have to get up," I insisted again.
"But, I'm so-o-o-o-o-o-o tired," she repeated, adding "You don't understand." No, of course, I don't understand. After all, I'm never tired. I'm pushing fifty and I run a business and a household; how could I possibly understand what it feels like to be tired?
"Please, just five minutes," she pleaded. I agreed. Mistake number one.
More than five minutes later (heck, it was more than ten minutes later, but who's counting?), I heard her get into the shower. Meanwhile, I put breakfast together on a tray so she could eat while she was getting ready. She came to find me in her bathrobe.
"Can we go to CVS and get that stick-on nail polish I wore that time?" she asked. We're only five minutes from CVS. I was thrilled that my horsey tom boy wanted to do her nails. And, as I've established in previous posts, saying "no" is not exactly my forte. So, I agreed. Mistake number two.
The trip was quick. We honed in on the Sally Hansen Salon Effects Real Nail Polish Strips. She chose a pattern that looked like rainbow-colored camouflage. Let's just say, it wouldn't have been my first choice. But, she was happy. We paid, raced back home and still had thirty minutes.
Sally Hansen's marketing copy says that all you have to do is "Peel, Apply and Go!" So much for truth in advertising. As we struggled with the adhesive strips and the miniature nail file that's supposed to shape them, the phone rang. It was the other mother, the one who was on morning synagogue chauffeurial duty. She was concerned about the weather and wanted to pick my daughter up a bit earlier than we had agreed. More than a bit. She wanted to pick her up, like ... now. Given that my daughter was in her underwear with wet hair and long strips of nail adhesive hanging from her fingers, I couldn't have agreed if I'd wanted to. But, I did offer a compromise. I suggested ten minutes. Mistake number three.
Nails trimmed, dress on, hair up ... it looked like we were going to make it. I still had to wrap the present for the bar mitzvah boy, so I told my daughter to get my makeup out and get started. Fourth and final mistake.
The gift looked great. My daughter's raccoon eyes? Not so much. Just as her friend's mom was pulling up, I was wildly searching for eye makeup remover so we could undo the damage and start over. But, we did it. My daughter looked beautiful and she headed out more or less, kind of, sort of, almost really, well close enough, on time.
Mazel tov!
Posted by Alexandra MacAaron at 1:19 PM