Maybe the Aliens Are Here to Save Us 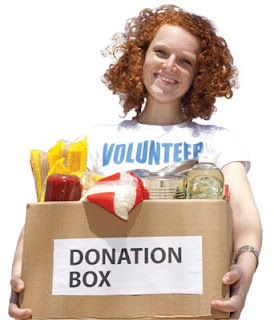 Readers, I have spent the last few months writing about the day-to-day trials and tribulations of being the mother of a tween. But, yesterday it occurred to me that there's another way to look at it. Tweens are living through trials and tribulations of their own. And, many of them are of our making.
At this age, my daughter and her friends are deeply involved. They are deeply involved with themselves, certainly — their wardrobes, their music, their social circles online and off. But they are also emotionally and intellectually invested in bigger issues.
They are looking around at this world they've landed on and what they see ... isn't all that great.
From political sex scandals (Congressman Weiner, man, what were you thinking?) to natural disasters and escalating national debt; wars in the Middle East and homelessness right around the corner. Tweens are acutely aware of everything that's unfair in this world. They can't understand how adults have gotten us to this place. Or why we aren't fixing it.
They don't trust us. And, I can't blame them. Instead, they have big plans for making things right once they are in control. In fact, some tweens are already working toward making things better. You don't have to look any further than your local community newspaper to find stories about young people who have taken on a cause and made a significant difference. Here are some actual quotes from tween bloggers ...
... about feminism
“They’ve taken our pride, they’ve taken our dignity, and now they’ve taken our eye-liner. What a rip!”
“The average man’s starting salary is $40,332, while a woman’s is only $38,704! Do U think that’s fair? Not me!”
... about animal rights
“Stop animal abuse! Okay, this is really important. I’m going to write to the president and other officials and stop animal abuse. Are you with me?”
... and, about personal responsibility
“I hate Paris Hilton. She has all the money in the world, and she keeps it for herself. She could cure cancer or stop starvation but instead she’s getting her nails done. She’s a terrible example for any girl.”
“We’re not talking about giving away old clothes. Girls are giving away their own hair to help cancer patients feel better about themselves.”
Unlike Ms. Hilton, we've tried to set a good example for our daughter, and do things that will help her understand the value of hands-on participation and activism. As a family, we went down to New Orleans after Hurricane Katrina and volunteered at a relief station in the decimated suburb of Aribe. The devastation we saw was indescribable but the people we met were inspirational. For years, we used "Katrina" as a code word if we found ourselves caring too much about things that didn't matter.
There are easier ways to help too. We sponsor a little girl in Indonesia through the organization ChildFund. Not only does the fee we pay each month (which truly is less than I spend at Starbucks) help her to go to school, but she and my daughter correspond on a regular basis. And, we also "adopted" an officer serving in Iraq through Soldier's Angels. My daughter was responsible for writing him once a week and sending a care package of snacks and sundries once a month. When he finished his tour of duty recently, "our soldier" sent my daughter her own military dog tag, engraved with his name and hers.
My daughter's Social Studies teacher just assigned the final seventh grade project for his class. Each student was asked to choose a cause and to come up with a way to help that doesn't include a financial donation. I was so pleased to learn about this assignment. My daughter, who has family roots in Missouri and specifically in the city of Joplin, chose to try and help children there who have been displaced by the recent tornado. She found a YMCA that is providing childcare while parents work to clear and salvage what's left of their homes, and we are about to send off a package of toys and books she's collected.
As you've probably picked up, I'm a very proud mama. But, the thing is, my daughter is not unique. She's not unique at all.
The downside of tweens is that they sometimes (all right, often) believe the world revolves around them. The upside is that they take that responsibility seriously. What I've observed in my daughter and all her friends is that they don't like to take "no" for an answer. This is particularly irksome when you're a parent trying to assert some modicum of authority. But it's incredibly empowering when a tween sees something wrong in the world and wants to make it better.
Tweens are living in their own seemingly warped present. But, they definitely have their eye on the future. And, that future belongs to those who are willing to fight to make it right.
Posted by Alexandra MacAaron at 11:39 AM

Email ThisBlogThis!Share to TwitterShare to FacebookShare to Pinterest
Labels: Moms, Save the World, Tween Activists, Tweens