The Allure of the Other Mother 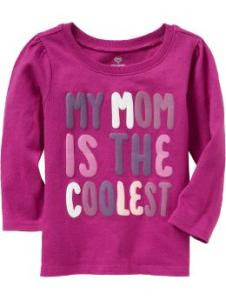 When did it happen? When did I lose my cool?
I'm not talking about the last time I blew up because of dirty clothes on the floor, crushed Pixie Sticks in the backpack, or because someone insisted on going out in 18-degree New England weather sans coat. Happily, things have been fairly peaceful here lately in all of those departments.
No, I'm talking about something deeper: my very identity as a hip chick, a happenin' parental unit ... a cool mom.
My quest for coolness began many years ago. When we moved into our house, we gave our daughter the master suite. (Okay, I confess the decision had a little something to do with the bright pink carpeting and woodwork left by the previous owners.) I thought that she could fill the room with toys while she was younger, and eventually make it a hangout for her teen friends when she reached high school. Sort of like the time Greg and Marcia argued over the attic on the Brady Bunch. As an only child though, my daughter wouldn't have to fight for her groovy pad. It would be hers, all hers.
My strategy worked ... for a while. The room has a vaulted ceiling and exposed beams and we hung fairy models from them. She had plenty of space for a large dollhouse and a legion of Barbie dolls. We hosted elaborate costume tea parties at a cunning hand-painted table and chair set. There were countless playdates and sleepovers.
As she got older, we redecorated to suit her evolving tween taste. Fairies and princesses were retired and replaced by Breyer horse models. The room was repainted and recarpeted in a pretty ice blue with only the tiniest pink blush left in a few places around the windows. She has books and magazines and iTunes. And, even though I'm a stickler for parental controls, she has a very nice Apple laptop available everyday (until 8:00 p.m.). I also stock our pantry downstairs with favorites like cheese popcorn, Oreo cookies, ramen noodles and even the dreaded Fruit Roll-Ups.
With all of these tween creature comforts, I would expect our home to be the after-school destination of choice for my daughter and all her BFFs. Wouldn't you?
Alas, no.
Like most tweens these days, my daughter's schedule is what could be described as "over committed." Nonetheless, she manages to hang out with friends and classmates on a pretty regular basis. I'll get a text or (less often) a call asking if she can go to so-and-so's house to work on such-and-such a project. Sometimes I push back and chirp "Why don't you guys come here instead?" But, sadly, and despite my most chipper chirping, nine times out of ten they end up at the home of the other mother.
Of course, this hurts my feelings more than I can ever admit to my daughter. (Hurt feelings are so uncool!) My best friend, who has already navigated the tween and teen waters with her own daughters, comforts me by explaining that all kids prefer to go to the other mother's house rather than their own. If this is indeed the case though, wouldn't the other kids prefer the other other mother's house and wouldn't that sometimes be mine?
Maybe they will all want to come to my house if I can make some adjustments. From what I've observed, here are some tried-and-true ways to be a cool mom:
• DO permit unlimited use of electronic media all day, everyday
• DON'T enforce a bedtime
• DO have a trampoline in the backyard and
• DON'T set limits as to how many tweens can jump on it simultaneously
• DO allow your tween and her friends to watch Sex and the City (the un-cut HBO version)
• DON'T worry if your tween is on her third can of orange soda
• DO invest in a Nintendo Wii and an Xbox 360 and a PlayStation 3
• DON'T hover in the kitchen while they're making cookies
• DO refrain from asking "How was school today?"
• DON'T ever sign up to chaperone middle school field trips
Um, I'm afraid I DO see a problem here. I DON'T think I can make that many adjustments.
Fortunately, being a good mom is more than a popularity contest. Of course you want your tween daughter to be happy, but you also want her to be safe and smart and healthy. That means being uncool sometimes. The same friend who tried to cheer me up also suggested that "If they like you all the time, you aren't doing your job." And, being a mom is a job.
I'm cool with that.
Posted by Alexandra MacAaron at 7:27 AM