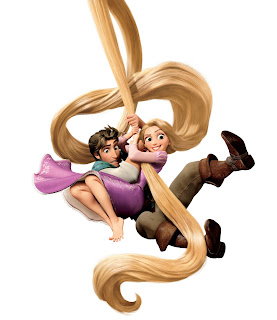 About ten years ago, when my daughter was finally old enough to go to the movies, I took her to see Monsters, Inc. We bought a nice bucket of popcorn and some bottled water, and we smuggled in some M&Ms. We settled into out seats and I remember being excited to experience her first big-girl, big-screen movie together.
Um. Not exactly.
We lasted all of 4 minutes. If you remember, the premise of Monsters, Inc. was that there are indeed monsters who hide under children's beds. They scare the kids and then use their screams to power a monster city. They wear portable tanks that hold and transfer the screams and these tanks have a little red gauge on the side. Well, my daughter didn't understand that the tanks were for the screams; she thought that the monsters were draining the children's blood. She practically climbed over my shoulders to get out of the theatre. And I was left thinking, not about our nice afternoon at the movies, but rather about what a horrible mother I was to have subjected her to such a gruesome experience. I was sure she would be scarred for life.
Happily, she did eventually recover. Over the years we enjoyed many movies from animated modern classics like Toy Story and Finding Nemo, to live action fantasies like Princess Diaries, Freaky Friday, and Charlie and the Chocolate Factory. (And at home, of course, like any self-respecting middle-class American girl, she amassed the complete Disney princess collection on DVD.)
Going to the movies today is different. On the one hand, we have a somewhat broader range of films to choose from. But on the other hand, it gets harder to agree on what to see. There don't seem to be very many romantic comedies anymore — or, at least, not very many that don't include fairly crude adult content. In my mind, there's a pretty big divide between When Harry Met Sally and No Strings Attached. And, while it's easy for me, at 40-something, to admit that I enjoy a clever animated feature, my daughter has to be über vigilant about appearing too childish.
OMG, what if a friend saw her go into the movie theatre to see a cartoon? With her mother!!!
As Ratatouille would say, "Sacré bleu!"
So, it was with great surprise (and even greater pleasure) that I agreed when my daughter suggested we see Tangled. Not sure what precipitated the request — an amusing trailer, a friend's recommendation, some adolescent nostalgia for simpler times? I didn't ask.
Get thee to the multiplex!
Tangled was adorable. Always a bit wary of the sexist undertones in many of the beloved fairy tales, I was happy to find Rapunzel as brave and spunky as her hair was long. In fact, she's evolved into Rapunzel-Ninja; in various sequences, she uses those fabled tresses as a lasso, a whip, a swing, ropes, a winch, and a hook. In one of many twists on the familiar source material, this Rapunzel isn't exactly rescued by a prince. She effectively captures a young thief, Flynn Rider, while he's breaking and entering her famous tower, then allows him his freedom in exchange for his helping her get out and see the world.
The script is very funny, the songs very enjoyable, the mood swings and teen angst Rapunzel feels very familiar.
The Disney team wisely made Rapunzel a quick, contemporary heroine with lines like "Best! Day! Ever!" that could have easily come out of a Sponge Bob episode. And, she isn't simply being whisked out of danger by some random, albeit royal, guy. She's on her own quest to start living the dream she's nurtured in her heart for 18 years. I can imagine that a lot of live action teens and tweens can relate. They too are eager to get out of their parental towers and start down the path to their real lives.
Of course, there are still a few issues with this reimagining. Rapunzel is pretty pretty with eyes so wide they would make a lemur jealous. And she has one of those over-exagerrated Disney princess bodies. Her waist is approximately the size of her neck and, in case you were wondering, it's not because she has a big neck. Her entire plight derives from a crazy old lady's obsession with staying young and beautiful.
And, one more thing. The magic hair is lustrous and blonde while it's enchanted — then drab and brown when the magic is gone. This seemed like a very unnecessary way to remind us that blondes have more fun. As a brunette, I for one was ready to take issue.
But, the good people at Disney pulled it out. Flynn, whose real name is Eugene, looks up at her (she has just saved his life, sacrificing her mane to do so) and slyly comments ...
"Did I ever tell you I've got a thing for brunettes?"
So we all lived happily ever after ... after all.
Posted by Alexandra MacAaron at 12:39 PM