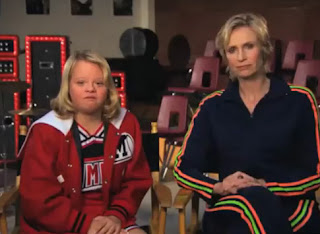 My tween daughter and I are both enthusiastic Facebook users — although I have to confess that after mere months on the site, she is considerably more popular than I am. She has 326 friends to my mere 299. (Not that I'm counting or anything.)
I know there are many people who use Facebook as a forum for their political beliefs. There are also people who relish a heated debate, who actually thrive on confrontation. I typically do not fall into either category. But earlier this week, I stumbled into one of Facebook's pitfalls. I created my own little social media monster.
My intentions were honorable, really. I had seen what I thought was a beautifully rendered and emotionally affecting public service announcement from the Special Olympics and Best Buddies, as part of their "Spread the Word to End the Word" campaign. As a marketer and a mom, I wanted to share it.
If you haven't had an opportunity to see it yet, the spot features a number of people explaining that it's not acceptable to use minority slurs to describe them. The words used are familiar of course but taboo. It's jarring to hear them spoken aloud on video: "nigger," "spic," "chink," "fag," and "kike." Then, the ad moves to the McKinley High music room from Glee, where actors Lauren Potter and Jane Lynch are seated. Potter, who has Down syndrome, explains that "It's not acceptable to call me a retard or call yourself or your friends retarded." Lynch wraps up the spot by explaining that the r-words are the same as any other slur.
When I posted the link, I expected people to watch the spot, to "Like" it and repost it. And, many people did. What I did not expect was to spark a Facebook feud about whether the organizations that created the ad had crossed a line by dictating what words could and could not be used. A friend of mine called it "Censorship" and actually took me to task for agreeing with the ad's message.
Wow.
Another friend jumped in and passionately and eloquently defended the campaign, while a third friend, who happens to be an attorney, entered the fray with a very intelligent history of how minority descriptors evolve over time. The posts and counter posts have continued for three days. And, I don't know that we've gotten any closer to a consensus (or a so-called winner in this debate). But, I think the reaction (maybe overreaction?) has confirmed something important.
Words matter.
Judging other people, insulting them and making friends laugh is standard middle school cafeteria activity. It's nothing new. I was certainly a victim of it in the 70s, and most likely a victimizer at times as well (I hope not often and not too cruelly). We want to teach our tweens (and teens and adults) to be compassionate people. It's a constant struggle in the dog-eat-dog world of middle school lunch and recess though. As a mom, I actively look for ways to talk about social cruelty, discrimination, and verbal bullying. This spot — and the uproar I started — has confirmed for me that the words we choose have great power and consequence.
If a seventh grader thinks another seventh grader is behaving in a particularly dumb way, he might call them "retarded." "You're such a retard!" (or, pronounced here in Massachusetts, "You're such a retahd!") may be meant as a joke. Clearly, it's not funny to someone like Lauren Potter. It's also not humorous to use a word that has historically been used to define a minority group of people as an insult. I have a feeling that the same kid who uses the word to diss his buddy knows better than to use it to insult an intellectually disabled person. So, he may feel that there's no damage done. I disagree.
Any word that objectifies a group — that effectively turns them into less than individual people — is dangerous. It becomes a lot easier to stereotype, deny rights and discriminate against them.
A similar thing happens with the word "gay." Tweens call an outfit, activity or hobby "so gay," in order to insult it, to imply that it's lame. At an age when some kids are beginning to understand that they or someone they care about is homosexual, this just adds to the potential fear, confusion and shame they have to deal with.
A final example strikes closer to home for me and for my daughter. It has disturbed me for years that males use language that describes females as an insult. So, a football coach might criticize his team's performance by calling them "girls." Or, a teenage boy teases his friend by calling him a "Sally." Or, in a fight, a man threatens to make another man his "bitch." As a woman, this thinly veiled misogyny doesn't just make me mad; it frightens me. What does that say about our worth when the worst thing a man can think of to call another man is "woman?"
I believe that the ad I posted is asking tweens (using the actors from Glee is a great way to reach that audience) to think twice about what they say. Words do matter. And more importantly, the way we choose to use words gives them power and affects how we view people who don't look or act or think like we do.
Censorship or anti-defamation? What do you think?
You can watch the spot here.
Posted by Alexandra MacAaron at 9:49 AM